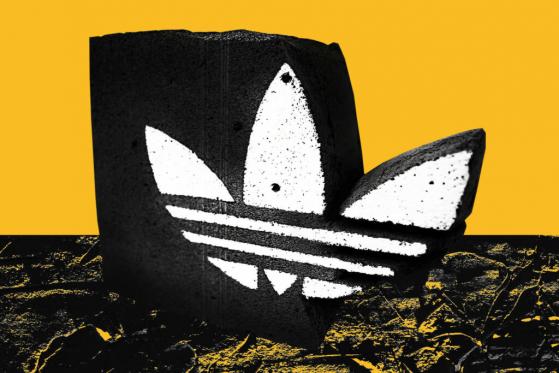 Read in the Digest

Two powerhouses, ConsenSys and Mastercard, have collaborated to build an Scaling solution named ‘ConsenSys Rollups.’ According to the software firm, projects that use ConsenSys Rollups can reach a throughput of up to 10,000 transactions per second (TPS) on an Ethereum private chain.

In addition to offering impressive scalability, ConsenSys Rollups also offers “strong privacy protections to enhance both solutions.” The development team explains that the tech could have new use cases in CBDC, decentralized exchanges, micropayments, and taxes.

Ahead of the holidays, Robinhood has announced the launch of a new feature that allows users to gift cryptocurrency to other users. The ‘gift crypto’ feature will be available to U.S. residents, except those in Hawaii and Nevada.

By using the feature, users can send crypto from as little as $1 worth in seven different cryptocurrencies, along with a personalized digital gift card and a written message with up to 180 characters to other users. The feature will officially become available on December 22nd.

Crypto firms are investing resources into developing technology that increases the efficiency of using cryptocurrencies, thereby laying the groundwork for mainstream adoption.

Less than a month after announcing its entrance into the metaverse, Adidas Originals is preparing to launch the company’s first NFT collection. The ‘Into the Metaverse’ NFT Collection sees Adidas partner with the Bored Ape Yacht Club (BAYC).

Continuing the metaverse trend, Kraken, one of the world’s biggest crypto exchanges, has announced its plans to introduce an NFT trading marketplace. According to Jesse Powell, CEO of Kraken, the development of the marketplace comes amidst a tremendous increase in NFT activities related to the metaverse.

As interest in the metaverse increases, former U.S. first lady Melania Trump has become the latest high-profile individual to join the trend. On December 17th, Mrs. Trump announced her plans to launch an NFT collection through popular blockchain Solana.

83% of Millennial Millionaires Own Crypto, Valkyrie Launches Another Bitcoin ETF

In revolutionizing the traditional financial industries, cryptocurrencies have changed the conventions around investments, creating a new set of opportunities separate from Gold and Real estate. A new survey has reported that 83% of all millennial millionaires own cryptocurrencies.

According to the survey, 46% of millennial millionaires, who already have the bulk of their wealth in crypto, are planning to add more in 2022 despite the recent price declines. Only 6% expect to reduce their holdings.

Bitcoin ETFs have been a huge part of 2021’s crypto story, and on Wednesday, December 15th, Valkyrie announced the launch of an additional Bitcoin ETF, the Valkyrie Balance Sheet opportunities ETF (VBB).

The VBB ETF will expose investors to publicly traded companies that hold Bitcoin on their balance sheets, including custodians, crypto exchanges, and traders. Valkyrie’s second Bitcoin ETF product will thereby give investors indirect exposure to Bitcoin.

Mainstream adoption, the main goal of cryptocurrencies, is slowly being actualized, with more individuals and companies becoming increasingly involved in the sector.

Strengthening its skeptical position on cryptocurrencies, reports have emerged that the Russian Central Bank is considering placing a blanket ban over all crypto investments.

According to reports, the Russian Central Bank is concerned about the risks digital assets pose to financial stability and the exploding volume of the transactions involved. If enacted, the move would prevent all future crypto transactions among Russians.

Although cryptocurrencies have been legal up to this point in Russia, the world’s largest country has not been a fan of the asset class. In November, Russian President Vladimir Putin, had remarked that cryptocurrencies “bear high risks” at an investment forum in Moscow.

While different countries are taking on different approaches, the International Monetary Fund has warned that no single government can stop cryptocurrency on its own.

According to recent reports, executives of Binance have been in talks with officials from special economic zones Abu Dhabi Global Market, Dubai International Financial Centre, and the Dubai Multi Commodities Centre, regarding potentially moving their headquarters to the region.

While the details of the talks have been kept under wraps, in October, Binance hired Mark McGinness, former Head of International Relations at the Dubai Financial Services Authority (DFSA), as its Chief Regulatory Liaison Officer. Matt Gamble from Abu Dhabi Global Market is now also on Binance’s regulatory team.

Setting up a global headquarters would be a significant step for Binance as it seeks to establish itself as a fully regulated financial institution.

Join to get the flipside of crypto

Upgrade your inbox and get our DailyCoin editors’ picks 1x a week delivered straight to your inbox.

[contact-form-7 404 "Not Found"]
You can always unsubscribe with just 1 click.

The Crypto Market Is BEING MANIPULATED (DO THIS NOW)

The Crypto Market Is BEING MANIPULATED (DO THIS NOW)