by wildcryptotoday
in Binance Coin (BNB)
0 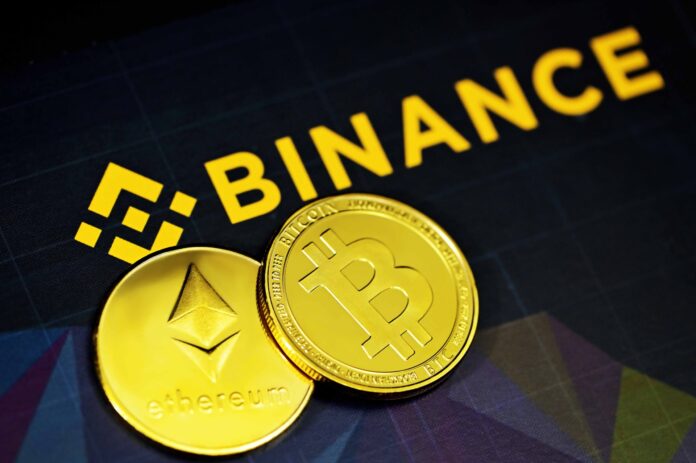 The world’s largest cryptocurrency exchange is set to expand its platform to the United Kingdom in the coming six to eighteen months. Changpeng Zhao, the CEO of Binance, has confirmed the expansion of the exchange. The news comes despite Binance being ordered by the UK regulator to cease all trading operations in June 2021.

Binance’s goal is to expand its operations in the UK, as reported by the Telegraph. CEO Zhao has said that he aims to make Binance a registered crypto asset firm in the United Kingdom. He hopes to achieve the feat in the next six to eighteen months. If he succeeds in what he has set out to accomplish, it would prove to be a huge plus for the crypto giant.

The move would allow Binance to have an even wider variety of products for its users, many of whom already interact with the platform via its API and bots. Products like futures and derivatives would be available to users if the move goes as planned. The news has received a positive response as well. Binance Coin (BNB) saw a 6% hike in its value 24 hours after the news broke out.

Zhao has confirmed that Binance will apply for an FCA license soon. He also hinted that users can expect substantial changes in Binance’s product offerings in the near future.

The status of cryptocurrencies in the UK is still undecided. Amidst the uncertainty, the country’s Financial Conduct Authority (FCA) rebuked Binance’s British entity citing several reasons, the most prominent of them being the security of the users. If it wished to become a registered crypto asset firm in the UK, Binance would need to comply with the anti-money laundering and terrorism financing protocols set in place by the UK government.

Since then, Zhao has hired a large number of employees to help specifically with compliance protocols. Moreover, he aims to set up the office as a UK subsidiary similar to Binance’s USA subsidiary. Zhao mentioned to The Telegraph that he set up an office in the UK with a “number of ex-regulatory staff from the UK” and a “couple of hundred compliance people” after receiving the notice by the FCA in June.

“We’re fully re-engaged there. We’re making a number of very substantial changes in organizational structures, product offerings, our internal processes, and the way we work with regulators,” said Zhao. “We want to continue to establish a presence in the UK and serve UK users in a fully licensed and fully compliant manner,” he added.

The recent hiring of the former Head of International Relations at the Dubai Financial Services Authority (DFSA) in October as Binance’s chief regulatory liaison officer can be seen as a step in that direction. The move will contribute to facilitating better relations with various international bodies.

In August, the regulatory watchdogs were after Binance again when they stated that the crypto exchange could not be effectively supervised, as it had no proper offices, boards, and governance structures. Such a notice was issued because Binance had not answered any queries regarding its headquarters.

Therefore, in response to the FCA’s concerns of Binance not having a real office or designated headquarters, Zhao had set out to create a UK subsidiary similar to the USA subsidiary of Binance. “We understand that now. So now we’re in the process of setting up real offices, legal entities, a proper board, proper governance structures in most places, including the UK,” the CEO was quoted as saying.

Similar fate in other countries

The UK is not the only country where Binance has faced issues. Other countries in Europe have also maintained an anti-crypto narrative of sorts, something Zhao has been working to improve on as well. He has announced different initiatives to garner crypto traction in the rest of Europe.

Binance has launched a $116 million initiative in France with the French nonprofit Fintech to build a research hub and accelerator there. Furthermore, Binance and CZ plan to make France the headquarters of its operations. Binance also had to suspend derivatives trading in Germany, Italy, and the Netherlands.

Stepping back a bit from Europe and taking a look around the world, Binance announced in September that its Australian users would be allowed 90 days to close their positions for futures and other leveraged tokens in the midst of regulations closing in on them.

Binance has certainly had a rocky journey in quite a few countries when it comes to compliance with regulations. It can be chalked up to crypto itself being a commonly misunderstood subject in a majority of countries around the world. Only recently has a single country granted Bitcoin the status of legal currency, whereas countries like China and Russia are still firmly against their usage.

This puts other countries in a tricky situation. Cryptocurrencies are susceptible to being used for fraudulent activities, which leads to countries such as the UK putting strict protocols in place. Reputable exchange platforms like Binance that claim fair trade in their practices need to comply with these rules and regulations if they are to continue to expand globally.

The news has already had a positive impact on its own Binance Coin. If it clears all protocols laid out by the FCA and succeeds in establishing itself in the UK, the move will prove to be a huge plus for the exchange platform, as it will open the door to a huge new market, boosting its profile and profits alike.

Bitcoin Falls, Shiba Inu Continues To Bleed Despite News on Growing Use Cases Of Crypto

Ledger Nano S Review: Is It Worth It? My Experience on Cryptocurrency Hardware Wallet