How will NFTs fare in a potential bear market?

The non-fungible token craze took the cryptocurrency industry by storm throughout 2021 in a frenzied period of growth and adoption for the thriving space.

An incredible number of NFT projects were launched in this time – ranging from artwork, animal-based profile picture projects, ‘play-to-earn‘ games and metaverse-focused collectables.

However, like the ‘ICO craze’ back in 2017, the vast majority of projects launched in 2021 have regressed into their very own ‘bear markets’ – suffering from low liquidity, low volume and ‘floor prices’ crashing to almost zero.

The first point of reference is the PFP (profile picture) craze. Designed to be adopted as a profile picture across social media platforms, they can represent ownership of the NFT and flex membership to a community.

They didn’t start this way, however, with many projects such as Bored Ape Yacht Club (BAYC) and Cool Cats – two of the most recent PFP projects behind CryptoPunks – first launching as generalised collectables with varying traits.

Following the PFP trend, they quickly became the hottest property in the cryptocurrency industry and established themselves as two of the most popular NFTs available. 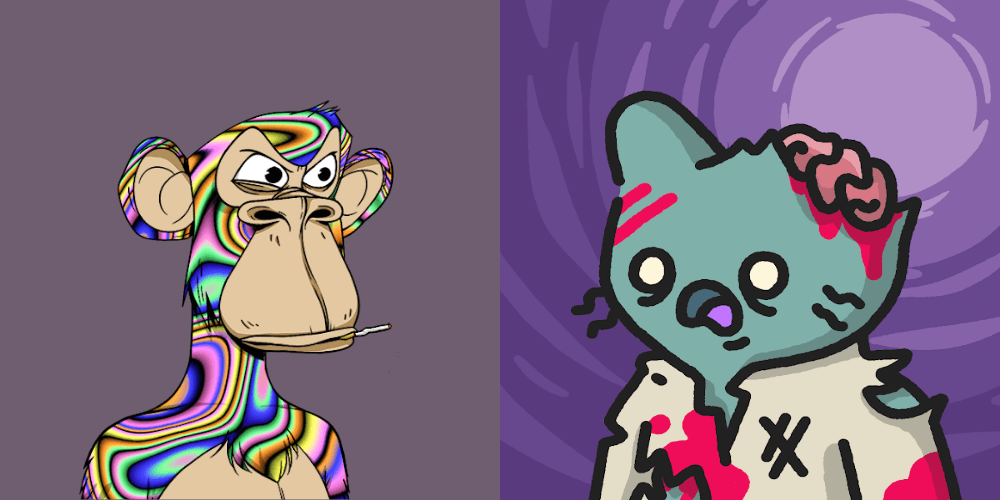 However, the NFT formula wasn’t easy to replicate for the wider market. Projects such as ON1 force, The Sevens and Mekaverse were all launched with much fanfare as the latest and best PFP projects to emerge.

They all saw massive price increases at the start, but after the initial hype died down, they saw 70-80% drawdowns and have remained there since.

With many NFTs holding little to no intrinsic value other than being an online ‘flex’ and providing access to the project’s community, floor prices could continue to crash as volume dries up and no one is willing to buy one of 10,000 NFTs.

Outside of blue-chip PFP projects like BAYC and Cool Cats, it may be very difficult for projects without established communities, partnerships and brand recognition to retain value and interest – ultimately leading to an early sign of what’s to come for PFP NFT projects.

A swathe of ‘play-to-earn’ NFT games like Wolf Game appeared in the later part of 2021 and saw a number of projects appear in quick succession that offer utility and earning opportunities via owning an NFT.

The early signs were good, with projects reaching high volume and seeing users flocking to play. However, as with many ‘hype cycles’, interest died down quickly and the trend faded away.

Now, with hype cycles seemingly getting shorter, it could be said that if projects die down this quickly in a ‘bull’ market, how will they fare in a bear environment where there’s less liquidity, fewer buyers and less interest?

Some NFT projects are now looking towards global brand partnerships to secure their longevity even in a potential NFT bear market. Global brands such as Adidas and Pepsi are now part of the NFT space, but could also suffer when liquidity dries up.

The most ‘bear-resistant’ NFTs could be ones focused on providing collectables for metaverse environments such as The Sandbox and Decentraland. 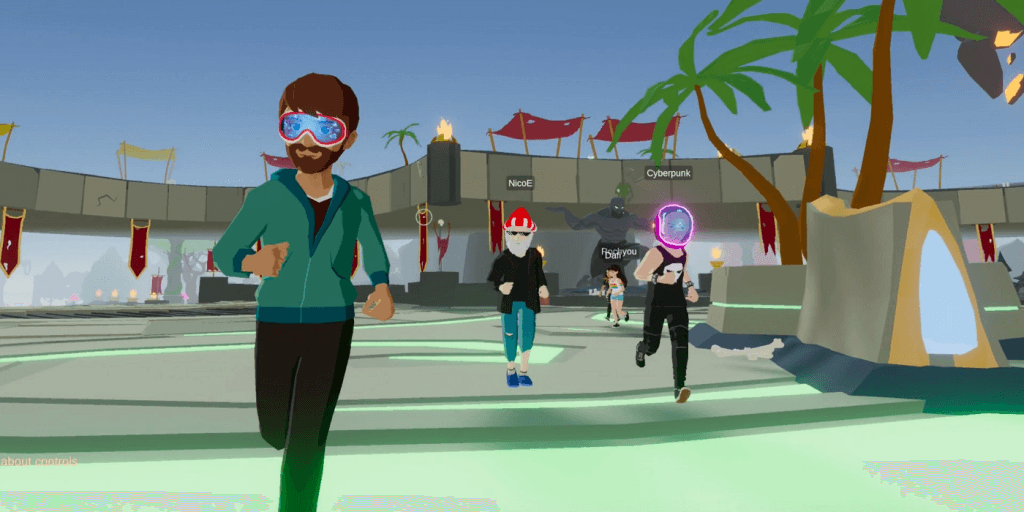 With metaverse gaming expected to thrive in 2022 and beyond, collectable and wearable NFTs could prove themselves winners as users may flock to the metaverse to remain in the crypto space during a ‘bear’ market and participate in more virtual worlds to earn and play with others.

However, despite rampant interest in the metaverse, many projects have yet to establish themselves as market leaders and still remain exposed to the volatility and unpredictable nature of crypto and NFT markets.

Following the August peak in volume, the volume on leading NFT marketplace OpenSea has been trending downwards ever since, perhaps indicating that an NFT bear market may be approaching.

Many, if not all participants in NFT markets, have yet to experience a real NFT bear market, so it still remains uncertain on how they will fare.

However, if ‘blue-chip’ NFTs can maintain their strong communities, build partnerships and provide incentivised ownership for potential buyers, they may not suffer as greatly as the swathes of NFT projects that offer next to nothing to holders.

Disclaimer: The views and opinions expressed by the author should not be considered as financial advice. We do not give advice on financial products.

How Much Would Shiba Inu Soar if Robinhood Adds the Altcoin?

Binance Could be Pursuing France as Its Headquarters

This One Thing Could Be a Huge Catalyst for ApeCoin

Why Mastercard Launched First NFT Card With This Crypto App

Binance Could be Pursuing France as Its Headquarters

Avalanche Up by 13%: Other Cryptocurrencies Update Today